Occasionally, animals are found in the GNG after they have passed away.  These findings are important clues to the rhythms of life in the garden, as well as presenting the possibility of adding new species not seen here before. This Ceanothus Silk Moth, wingspan at almost 5”, was found dead in the back garden after recent heavy rains.  Although wide-spread in its proper habitat, it is not a common moth and one had never been documented in the GNG.  We can only hope that the GNG is now mature enough to host the larvae of this magnificent moth, and the next time we see one it will be alive, blessing us with all of its glory. 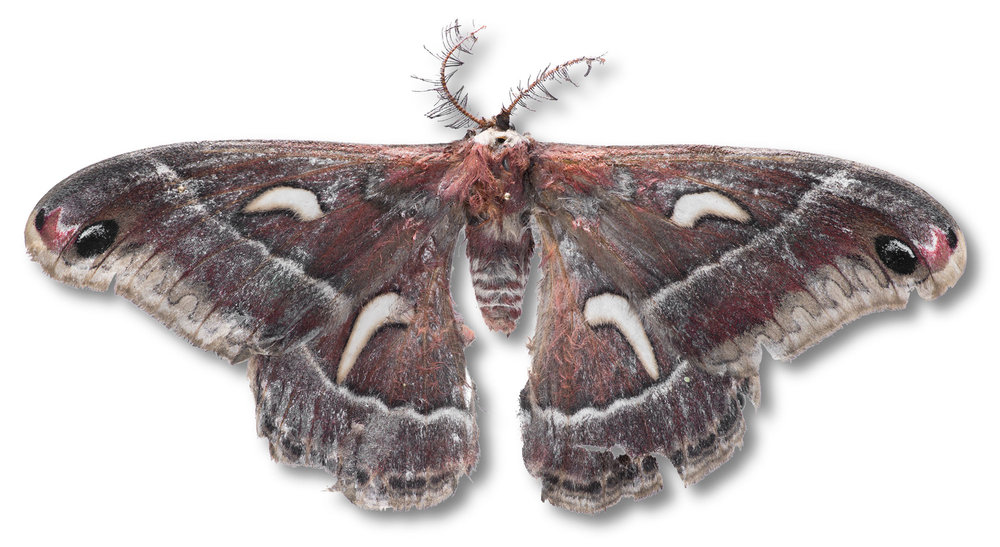 In June of 2016, Moths at LArge opened at the G2 Gallery in Venice, highlighting the amazing moth photography of Jim des Rivières.  Two of the moth images featured in that show were taken of specimens collected by Scott Logan, the person responsible for documenting species of animals in the GNG. One of those moths, a Ceanothus Silk Moth (pictured below) was found in expansive, healthy chaparral habitat in the Santa Monica Mountains. This image shows what an impressive moth it really is. 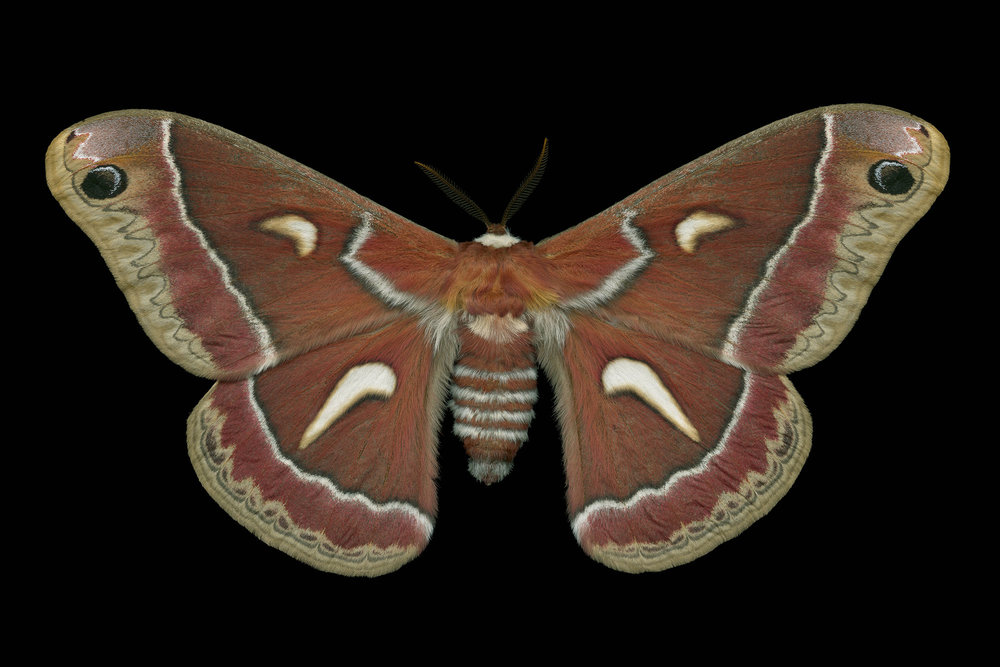 Male Ceanothus Silk Moth from the 2016 Moths at LArge exhibit. 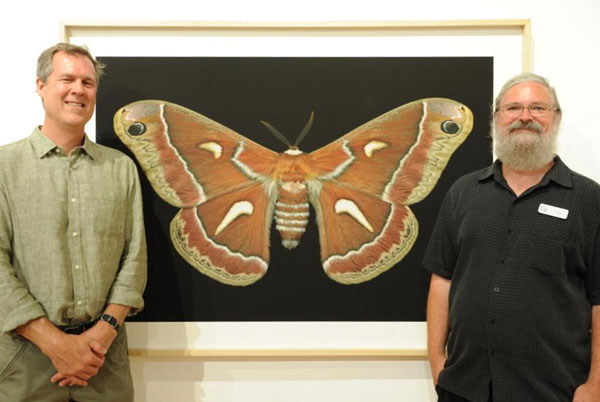 Scott and Jim on opening night at the G2 Gallery with a large print of a Ceanothus Silk Moth.