Checkered beetles are in the family cleric, ferocious predators of wood boring beetles (like this soldier beetle).  Clerid larvae also feed on wood borer, bark beetle and other insect larvae that occur under bark, which they pursue by traveling down the tunnels of their prey.  Because of this behavior, they are very good at controlling many wood-boring pests.  As we say time and time again; nature does a very good job at keeping all in balance – albeit sometimes in a brutal way. 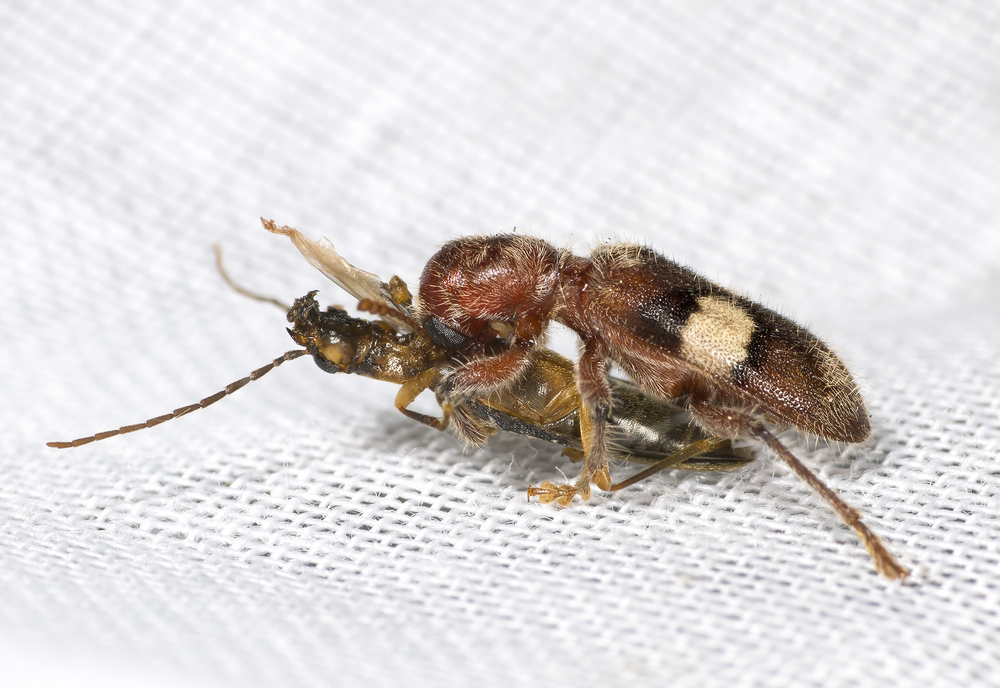