Found throughout Western North America, the Cobalt Milkweed Beetle looks as though it could be from a distant tropical jungle. With its iridescent cobalt blue exoskeleton and clubbed antennae, this gorgeous beetle is an example of the beauty that can be found in a California Native Garden. Adults are usually seen for only a few weeks – from late spring to the beginning of summer. We’ve had them in the garden since the first week of June. 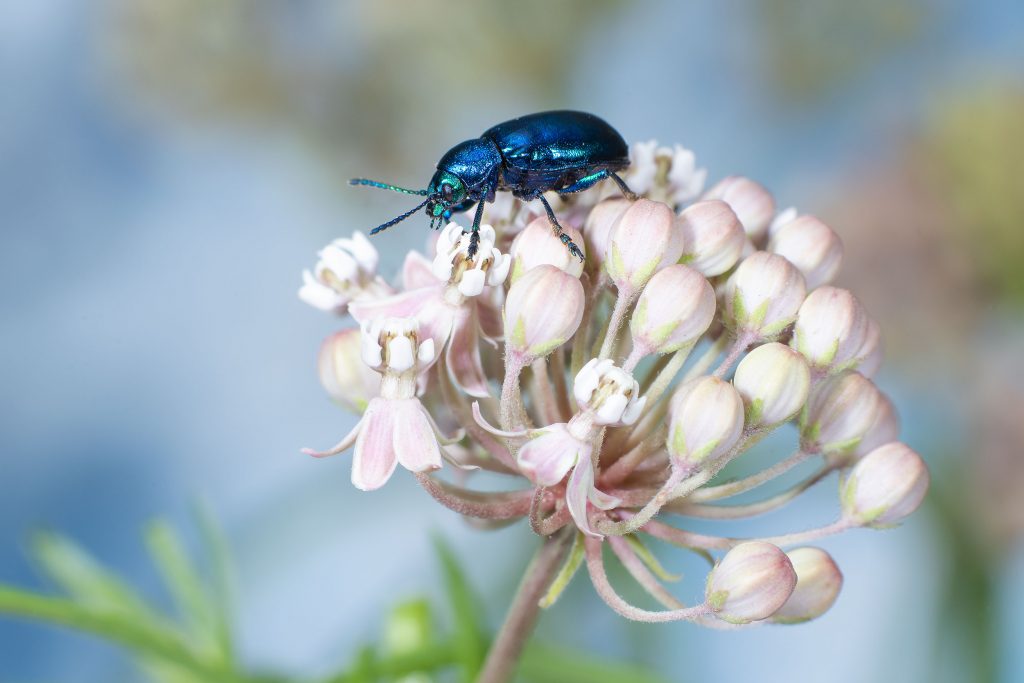 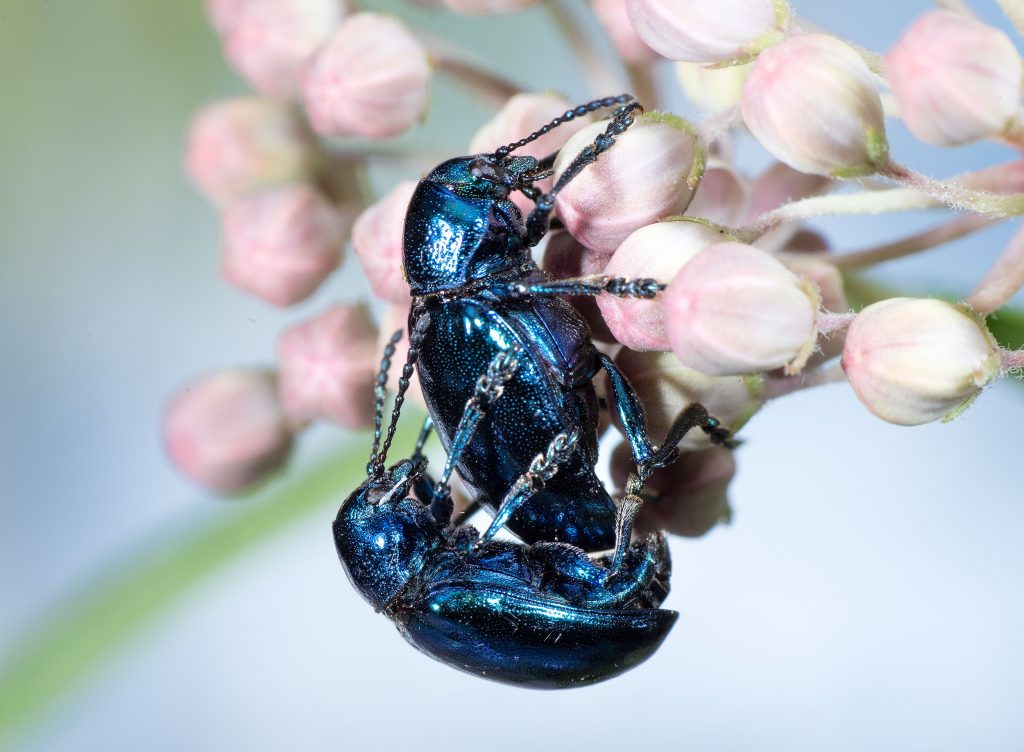 Because it is a North American native, the Cobalt Milkweed Beetle prefers our native milkweeds (not the tropical varieties). At about a 1/4 inch in length, they can be easily found under flower bunches during the day, and anywhere on the plant when they become active during the night. Both the young and adults consume the milkweed plant, so like the Monarch Butterfly, the accumulation of the toxins found in milkweed sap (cardenolides) serves as a defense mechanism against predators. 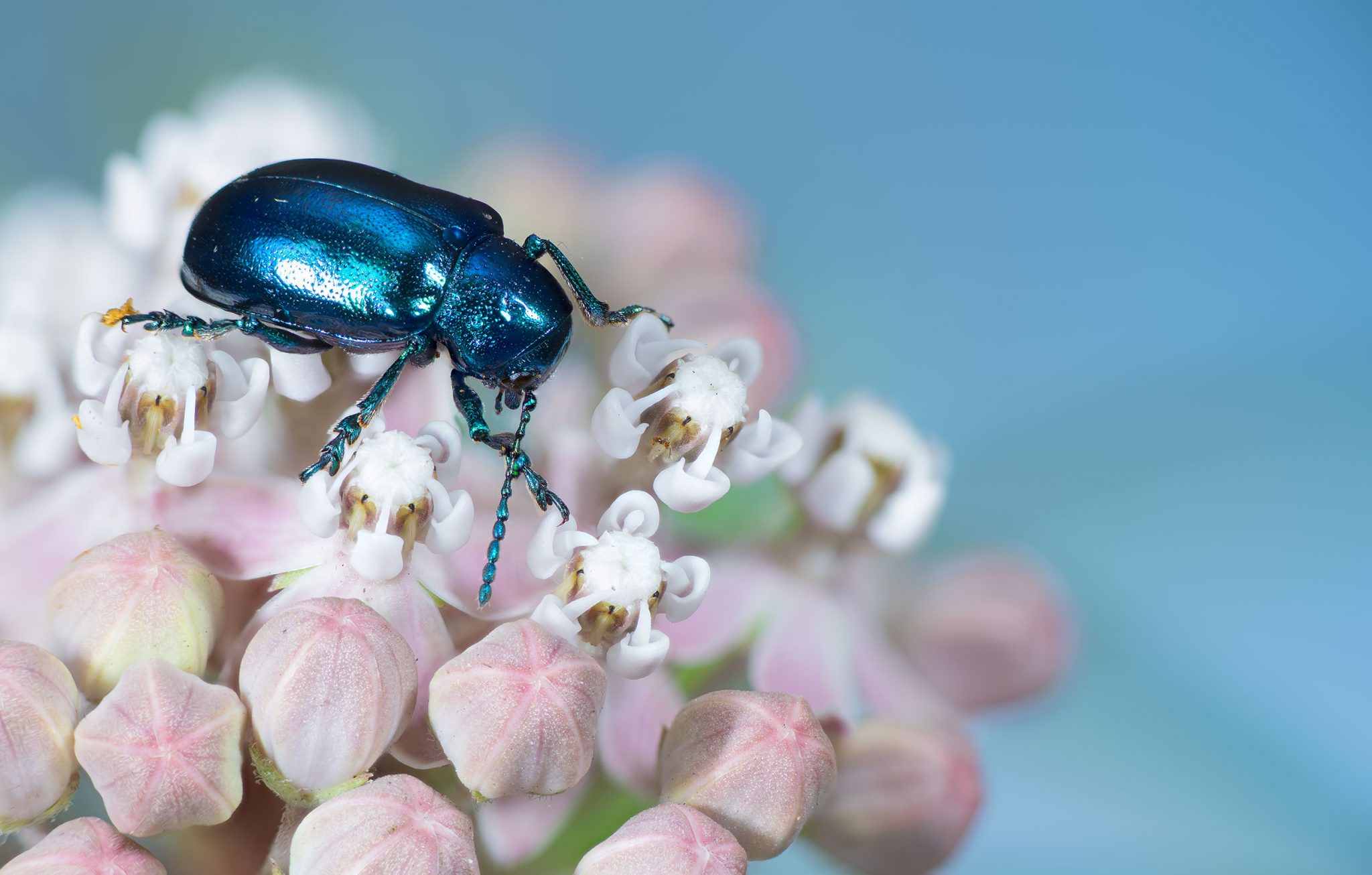