Gopher snakes, as with most snakes, should be a welcome sight to any homeowner. Gopher snakes are active almost any time of day or night during warm periods. They make their living on mostly small mammals, especially pocket gophers, rats, moles and mice. Gopher snakes are constrictors, killing their prey by suffocation in their powerful body coils.

It is true that gopher snakes can be intimating; with the possibility of reaching  9’, it makes them the largest snakes in the Los Angeles area (most are in the 5’ to 6’ range, as was this one). They can also elevate and inflate their body, hiss loudly, and quickly shake their tail to make a buzzing sound similar to a rattlesnake.  But they have no actual rattles nor a diamond-shaped head as our Southern Pacific Rattlesnake does, so with a little study you can tell the two apart.

So give our snakes their space as they help us by keeping a garden’s rodent population under control! 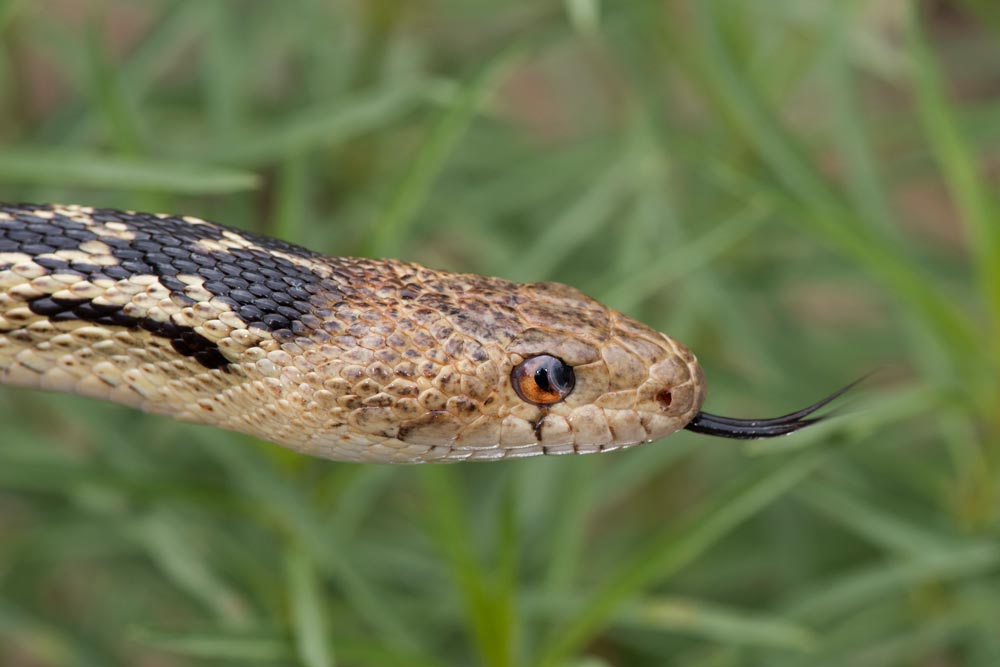 On close inspection, this snake had an injured right eye (we noticed this because it could be approached without disturbing it from one side). It seemed to be an old wound, and judging by the snake’s size, it is getting by just fine.  A testament of just how resilient wildlife is.