Home Explore The Naturalist's Journal Gray Foxes in the Garden!

One of the GNG trail-cams caught some cuties recently – two Gray Foxes! This came as a surprise for two reasons. First, foxes have not been seen on the property in the past, despite that they inhabit the Santa Monica Mountains. Second, there is extensive construction in the surrounding neighborhood, which has disrupted the activity of larger mammal species that are normally seen in the GNG. Either way, we are very excited to add a new mammal species to the list! 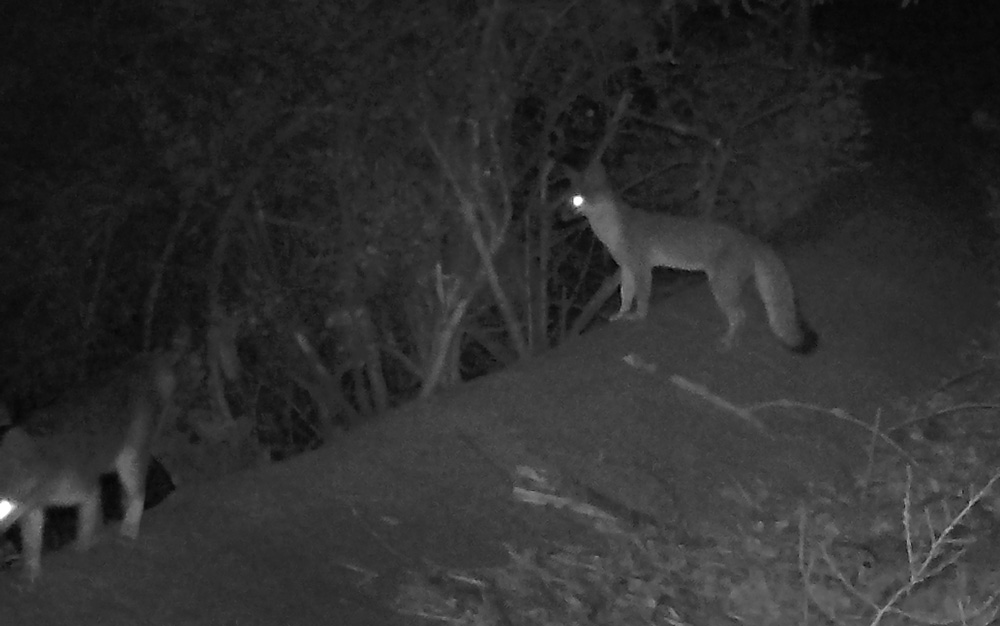 Both gray foxes and red foxes can be found in Southern California, but it is only the gray fox that is native. Even though we captured these night time images in inferred, telling the difference between the two species is easy. Gray foxes have a black stripe that runs down the top of their long, black-tipped tails. Red foxes do not have the black stripe; their long tails are tipped in white.