Band-tailed pigeons are the largest pigeon native to North America (also the only native pigeon found in California), and boy do they know how to throw their weight around at a bird feeder!  As seen in this photo, it’s clear where their name originated.  When perched, the band on their tail is concealed but can clearly be seen when the bird is in flight.

Interesting note:  The Band-tailed pigeon appears to be the closest genetic relative of the passenger pigeon and has been investigated for being used in efforts to bring back that extinct species. 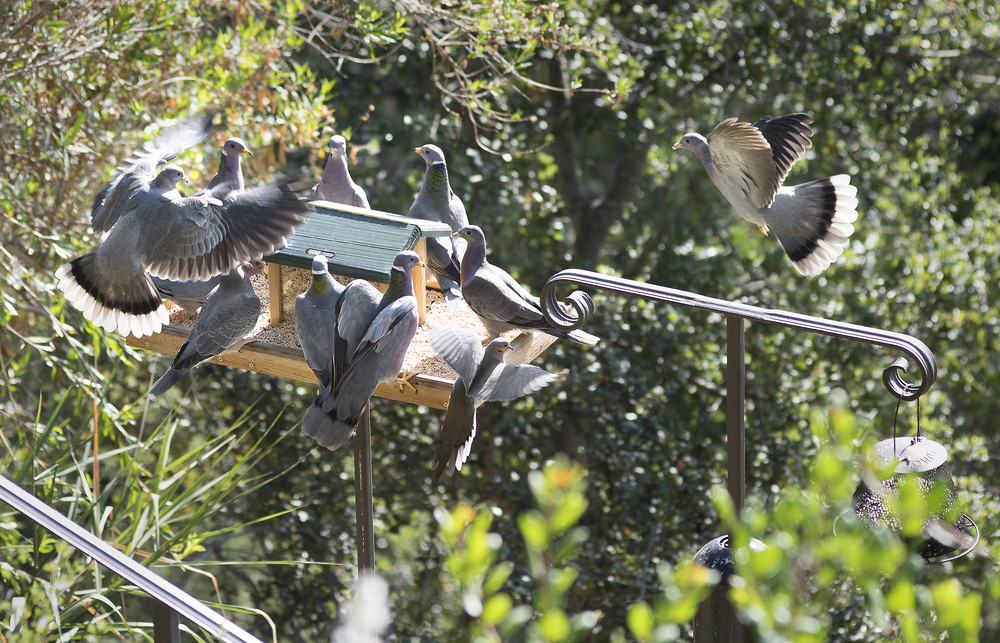 Band-tailed pigeons and one mourning dove making an exit at lower right.